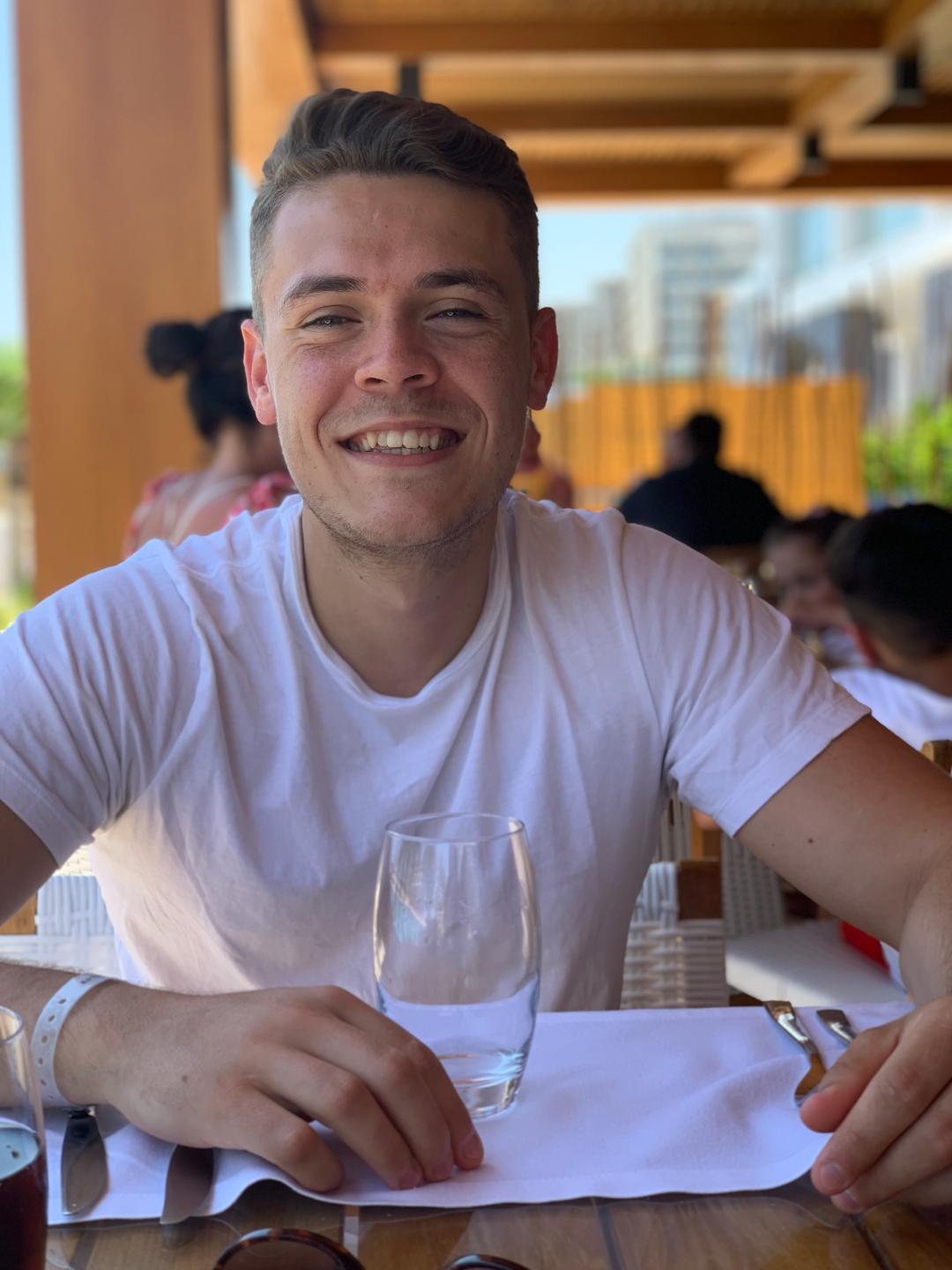 In June 2019, Adam Cook attended our ECG screening day at Roots Hall, Southend United. In his own words, Adam describes why he wanted to be screened, what he was told as a result of his screening and how this had been followed up since then:-

“As a fit and healthy 24-year-old, I would never have thought about attending an ECG screening. I am an avid gym-goer and I attend ballroom and latin dance classes twice per week. I eat a well-balanced diet and am very mindful of my health.

I was first introduced to the Carli Lansley Foundation through my Step-Mum, Carol, who is the owner of Hands 4 Voices. Every year Carol has a chosen a local charity to raise money for by putting on shows and events. Her chosen charity last year was the Carli Lansley Foundation, an independent charity, who raise funds and awareness for the Cardiac Risk in the Young, (C.R.Y.) foundation. Carol insisted that myself, my brother and my girlfriend went for the test as we were all in the age bracket of 14-35.

The test took minutes to complete and my brother and my girlfriend had their results back right away. They were both told they had perfectly healthy hearts. However, I had a gut feeling that my outcome would be different, and I was right.

After the test, the doctor proceeded to ask me about my heart history and I explained I regularly have heart palpitations, often unprovoked. The doctor referred me to my GP to have further testing and I was invited to the hospital to have an echocardiogram and a multi-channel ambulatory ECG, which in simple terms was an ultrasound and a heart monitor. The heart monitor was a small box, strapped to my chest, which I had to wear for a week.

After a few weeks of anxiously awaiting my results, I received a telephone call from my GP. I was given the news that no irregularities were detected from the heart monitor and ultrasound! I can’t tell you the weight that had been lifted from my shoulders.

Although I’d had the clear from my GP, he did advise me that I will still need have a small object (almost USB sized) inserted into the left part of my chest, so that they can carry out a long-term investigation into my heart palpitations.

I’m so thankful that Karl set up the Carli Lansley foundation, in memory of his wife, to provide ECG screening days. It has put my mind at ease knowing that my concerns are being monitored. For the sake of less than 10 minutes, I would highly recommend you, or anyone you know between the ages of 14 and 35 to book onto a screening day. There could be an underlying problem you aren’t aware of, and those 10 minutes could potentially save a life.