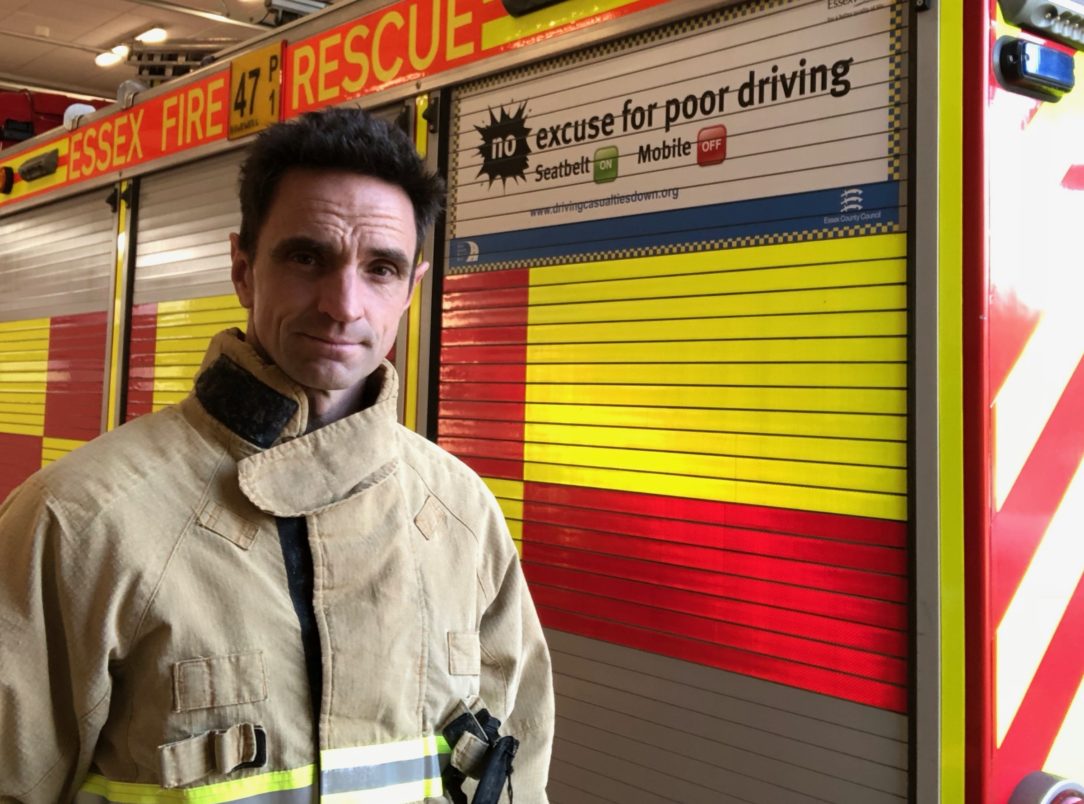 At the end of September, Ethan and I were invited to have a table at the Hawkwell Fire Station open day. As well as selling items to raise money for our Foundation, we try to raise awareness of what our charity’s aims are. At this open day, one of the people who spoke to me was a fireman, Dean Wright, who is stationed at Hawkwell. He was initially asking more about our charity but as the conversation continued, Dean had his own story to tell about how he had an undiagnosed heart condition, how it caused a cardiac arrest and left him “clinically dead” at one stage. The more I spoke to Dean, the more I wanted his story to be heard. Like many people, I consider firefighters to be physically very fit so to hear that Dean had suffered a heart attack was quite shocking. Dean was kind enough to write down what happened and how he recovered and I am pleased to be able to share his story with you.

This is Dean’s story – all completely in his own words:-

“On New Years Eve 2017 I attended a property fire in Lower Rd Hockley Essex with my fire crew from Hawkwell. It was 7:30 in the morning when the call came in and by 8:30 I had died.

I’d felt the pain leading up to my death but carried on thinking it was just the chest infection I’d had for the last couple of months. The fire had raged and caught several buildings alight, and we and other crews from the local neighbourhoods tried desperately to get as much water on it as possible to put it out and prevent further damage to surrounding properties. To a man we had all worked incredibly hard in that first hour and I was adjusting the trajectory of some larger hose when I felt a sudden dizziness wash over me, my first thoughts were ‘whatever you do don’t faint in front of the guys’! Then the next thing I knew I was fighting paramedics in the back of an ambulance as they had been shocking me with a defibrillator bringing me back to life.

During the minutes that my heart had stopped, the firefighters I was working with had dragged me back from the flames, the HART team and other paramedics had immediately ran to my aid, and started performing CPR using their skill and a defibrillator to bring me back. They told me in the ambulance, when I had come to, that I had had a heart attack and Cardiac arrest, this was baffling, I then lost consciousness and woke up in the cardiac unit of Basildon hospital. It was there once I had woken up about midday that I was made to understand more clearly what had happened. I had been operated on and the excellent surgeons had placed four stents in my arteries either side of my heart saving my life.

My recovery took around six months and I am glad to say that I am back operationally at both Hawkwell and Borehamwood the two fire stations I work at. I owe this to so many people involved that day in saving me. I was incredibly lucky to be at the right place at the right time, unfortunately others are not so lucky. Statistically there is only around an 8% chance of surviving what happened to me and this is because most people it happens to do not have the immediate care that I received.

I had always been quite active and fit due to my work, I enjoyed going to the gym and playing sports. I never once considered that something like this could happen to me. I am now taking several tablets a day and have had to change some of my diet, I am also back doing cardio fitness. I realise now that the chest infection and the shortness of breath I had prior to the day it happened were far more serious than just feeling ‘under the weather’, they were warning signs I ignored because I felt I didn’t fall in to that ‘at risk’ group.

l would encourage anyone to go and have regular health check ups, although I was fit it was discovered that my cholesterol was dangerously high and it is now controlled. I’m so grateful to have this second chance to be with my wife and 5 sons and all of those I love and care about. If it only takes ten minutes for an ECG screening then that’s ten minutes that could help prevent something like this happening and save your life. Please do it!” 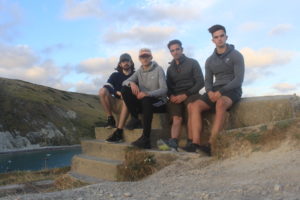 Pictured above is Dean with his sons Thomas, Daniel and Jacob