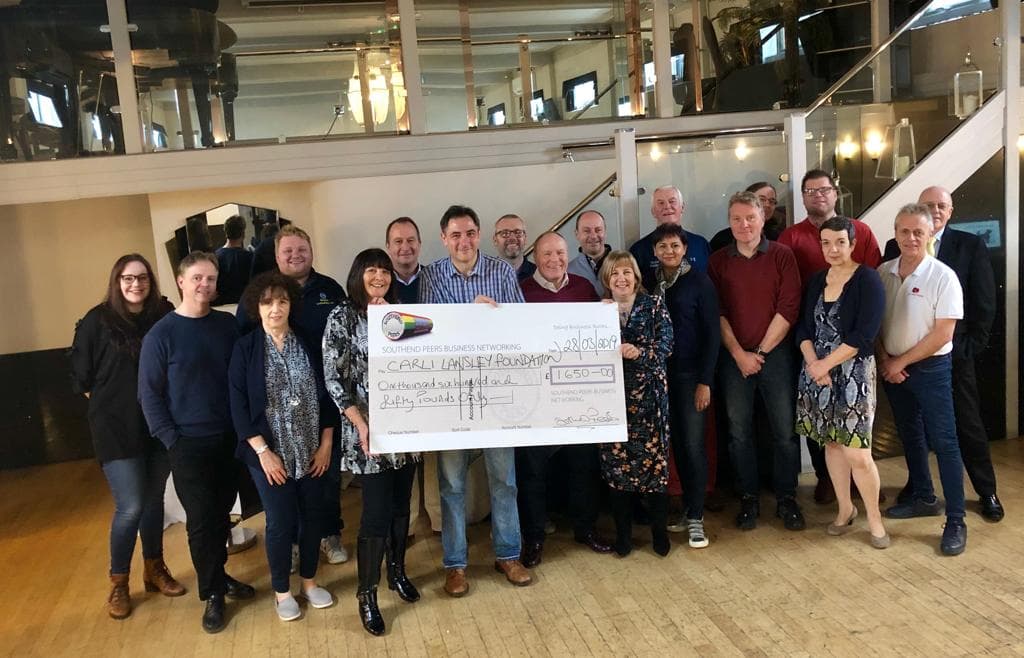 In early 2018, our Foundation was chosen as one of the ‘Charities of the Year’ by the Southend Peers, a business networking group.

On 28th March, I was honoured to be invited to the Peer’s weekly breakfast meeting to receive a cheque for £1650 in respect of the fundraising events they have held for us in the last 12 months.

As I told the group, this is a staggering sum which will go towards (potentially) saving a young person’s life.

I cannot thank all the members of the Peers enough for, firstly, choosing our Charity and, secondly, for so strongly supporting us over the last 12 months.

In particular, I want to thank Diana Collins, who has been the chairman of the peers for the last 12 months (she has handed over the role for the coming year) and has always been my main point of contact